The Year of the Rat – Hope, Charles 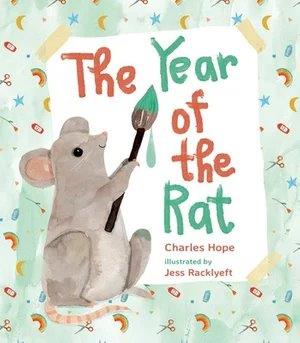 The Year of the Rat

It is the Year of the Rat, 2020, according to the Chinese zodiac calendar. Rat stars in this story of a play featuring various animals where everything goes wrong during its production. Though timid and nervous, Rat refuses to give up. Through her strength, determination, hard work, persuasive will power and clever ways to solve problems, the play goes on. The crowd cheers and claps at the play’s successful performance. The illustrator’s watercolours are soft, cheerful and playful with plenty of white space to attract attention and bring out each animal character’s personality. A double page spread at the back of the book features each animal’s years of appearance on the calendar and the characteristics of each Zodiac animal. Rat, for example, is described as clever, sensitive and organised, among other traits.